In recent years Marbella has become a top level tennis centre, just as Puente Romano has established itself as a meeting point for the most important exponents of the sport. For this reason, the courts of Puente Romano Tennis Club will welcome professionals and amateurs to enjoy the Anytech365 Andalucía Open 2022 tournament which will be played from Sunday 27th March to Sunday 3rd April 2022 and where Engel & Völkers Marbella will be present with a stand specially prepared to offer all the information about this wonderful city and its unique real estate market.

This tournament is the second of the ATP Challenger Tour 2022 clay-court tour in Spain, where the spectacle of the game of emerging tennis players will surprise the public as they fight to win points and climb the world tennis rankings.

The Anytech365 Andalucía Open 2022 is an event that will include an ATP Challenger 125 tournament for the fifth consecutive edition and will feature for the first time a new WTA 125. This will allow us to see the talent of male and female sporting representatives from all over the world.

Puente Romano and Marbella as an ideal destination for Tennis

Marbella is chosen as the ideal place to hold these events because of its wonderful climate, excellent infrastructure and its connection to Malaga International Airport, but also because Puente Romano is one of the few Spanish and even worldwide clubs that can boast of being considered an institution and of being located on the world famous Golden Mile. 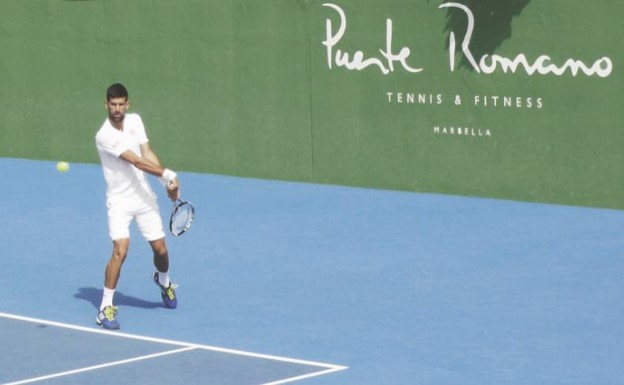 There are few legends of all time who have not stepped on its courts. For the past two years, world number one Novak Djokovic has had a mansion in a luxury community in the Costa del Sol town, and it was the last place he resided before his controversial trip to Melbourne in January to play the Australian Open. At the same time, three top ten players were working out at the Puente Romano Tennis Club: Garbiñe Muguruza, Paula Badosa and Karolina Pliskova.

The Puente Romano Tennis Club emerged in 1979 as a complementary offer to the five-star hotel created five years earlier on Marbella’s Golden Mile. Adjacent to Alfonso de Hohenlohe’s Marbella Club, it took its name from the 1st-century Roman bridge within its grounds, part of the ancient Via Augusta that linked Rome to Cadiz. The club was initially managed by the Swede Björn Borg (former world number one and winner of five Roland Garros and as many Wimbledon tournaments) and, later (from 1983 to 1998), by Manolo Santana, the great pioneer of Spanish tennis who gave his name to the club many years before his death last December.

With its eight clay courts, two hard courts and four paddle courts, Puente Romano has been tennis and many other things. It was at its facilities that Borg married Mariana Simoniescu in 1980. Since 1992, the centre has also become a stage for summer concerts, with legendary performances by Montserrat Caballé, José Carreras, Ray Charles, BB King, Paco de Lucía, Van Morrison, Grace Jones, George Benson, Dionne Warwick, Lionel Richie and Liza Minnelli.

Puente Romano has also hosted four editions of an ATP Challenger tournament, and for the fifth, from 27 March to 3 April, it has been elevated to category 125, the highest in the so-called ‘second division’ of tennis. The last two editions have been won by Spanish players. The victories of Pablo Andújar (2019) and Pedro Martínez (2020) underline the importance of the event for local players.

The competition will begin on Sunday 27 March with the qualifying round, which will last two days, while the first main draw matches will start on Monday 28 March, coinciding with the qualy finals. The final in the doubles category will take place on Saturday 2 April after both semi-finals of the singles draw, which will decide the winner in the grand final on Sunday 3 April.

Four competition courts will be set up for both draws and the tournament will have 32 players competing for the singles title in the final draw, where the winner will earn 125 ATP points, while 16 pairs will be registered for the doubles category.

In addition to the registered players, among which there are 10 players in the Top-100 in the world, the organisation has 3 invitations for players between the 11th and 50th position in the ATP ranking, such as the former world number 3 Stan Wawrinka, winner of three Grand Slams and who at 36 years of age has achieved practically every possible milestone in professional tennis, adding to the 3 majors (Australian Open 2014, Roland Garros 2015 and US Open 2016) a total of 16 ATP titles and Olympic gold in Beijing 2008 together with his compatriot Roger Federer in the men’s doubles.

International women’s tennis returns to Andalucía with a professional WTA 125 tournament, which will be held from 28 March to 3 April 2022 at the Puente Romano Beach Resort in Marbella. The women’s WTA 125 tournament will be held simultaneously with the already announced ATP Challenger 125, making the AnyTech365 Andalucía Open the second most important combined tennis event in Spain after Madrid.

A total of 32 players will compete in the singles draw of the tournament, while in doubles there will be 8 pairs fighting for this first women’s edition of the AnyTech365 Andalucía Open. The full line-up will be announced once the tournament organisers have handed out up to 6 invitations, 4 of them with the possibility of being awarded to players between the 11th and 50th positions in the WTA ranking.

The singles competition will begin on Monday 28th March with the final draw of the tournament, which will not have a qualifying round in this edition. The final in the doubles category will take place on Saturday 2 April, coinciding with the semifinals of the singles draw, which will decide the winner in the grand final on Sunday 3 April.

With the addition of the WTA 125 tournament, the AnyTech365 Andalucía Open 2022 will increase its competition courts to 5 simultaneously, making it possible to enjoy exciting days with up to 22 professional tennis matches in a single day.

Among the registered players there are 16 players in the Top-100 in the world as the Belgian Alison Van Uytvanck number 55 of the WTA ranking and the best classified among the registered players, followed by the Dutch Arantxa Rus who is ranked 63, the Egyptian Mayar Sherif in position 67 and Maryna Zanevska, also of Belgian nationality, who is currently located at number 68 in the world ranking.

Entrance to the public will be allowed from Sunday 27th March, being this the only day of free access for all those enthusiasts who wish to visit the facilities. From Monday 28th March, a ticket will have to be purchased in order to gain access to the venue.

The price of the tickets will start at 20 euros, and they can already be purchased by fans from the official website , where they will also be able to consult all the schedules on the days prior to each day.

In addition to the general admission tickets, the tournament has also put VIP Tickets on sale, which can only be purchased for the last three days of the competition (Friday 1, Saturday 2 and Sunday 3 April). These tickets will be assigned a seat in a privileged position on the court and will allow access to the VIP Area were, with all the necessary security measures and in the open air, a wide variety of excellent quality food and drink can be enjoyed, thus completing an offer to satisfy the needs of all fans.

Sell your property
Email us Call us