Getting to know Percy Roland, our expert in la Zagaleta and El Madroñal 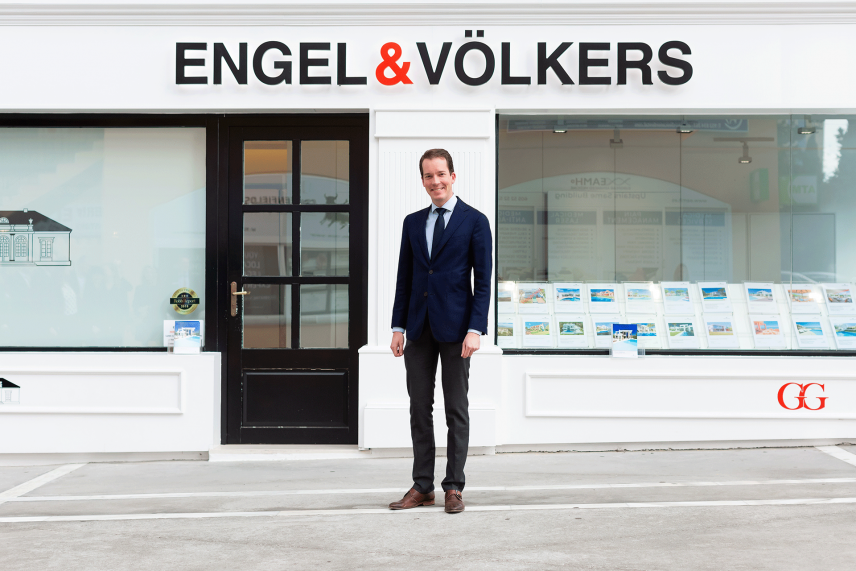 I was actually interested in buying a franchise! I had been running my own small real estate company and was also involved in a second business on the Costa Tropical. I considered to turn that into an E&V shop. A friend who worked for E&V at the time suggested I should work for the brand first to make sure it was the right decision!! So I joined the new team at the Puerto Banus shop. 4 years later and I still haven’t bought that franchise. (But I would recommend it!)

2. How have you progressed in the brand?

I started working the area just around the office which has fewer high-end properties but is very popular for being close to Puerto Banus and all amenities. People thought I was crazy when I asked for this area, but for the next two years, most sales of our office were done there! Now I moved “upwards”, both geographically and in terms of average asking price, and am responsible for La Zagaleta and El Madroñal.

3. What has been the key to your success?

Communication skills. I speak the three key languages of our offices (English, Spanish and German) in equal fluency, and in addition, I am trained in public speaking and debating which helps a lot in negotiations.

4. What is so special about your area?

Well let’s start with the fact that as a guest, you need to present ID to get in, wheras as an owner, you could just fly in in your helicopter… La Zagaleta is the most exclusive country club in Europe and one of the most exclusive – and reclusive – residential areas. Villas start at 3 million and there is no upper limit. And as a resident, you share this extraordinary space with just over 200 of the wealthiest people in Europe, and a similar number of deer. The deer are usually more visible than the neighbours! On the other side of the Ronda road, El Madroñal is more old world charm, however now with some of the most exciting modern villas on the coast. Views are spectacular and the beach is 15 minutes away. Or 10 minutes in a Ferrari, I am told.

5. Which properties would you highlight in your area?

W-02842H. One of the most spectacular contemporary residences in Spain. Built by prestigious Marbella architects Tobal, it has a special feature in the current edition of GG magazine.